The most common tax problems and problem-solving techniques

The most common tax problems and problem-solving techniques 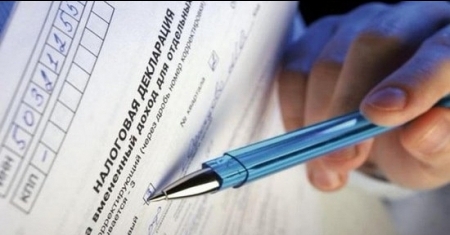 Current problems with registartion of tax invoices in Unified Register of Tax Invoices (URTI) is a great example of system approach of all parties of the process towards problem-solving. As we know, termination of registration of tax invoices in URTI has been initiated (by both tax officers and taxpayers) as a solution to prior problem: fraudsters forge electronic keys, gain access to electronic account in System of Electronic Administration (SEA) and register “shady” tax invoices in URTI at the expenses of taxpayer’s money that were at such an account. In its turn, the prerequisites for such frauds occurred after implementation of SEA that again must have solved problems with “dummy” firms. Despite the fact that former Head of SFS, Bilous thumped his chest and told that SEA would liquidate such “dummy” firms, current First deputy of head of SFS, S. Bilan eagerly reports on the site of SFS of Ukraine that “dummy” firms are still prospering and he liquidates them at large scale. Thus, having failed to solve problems with “dummy” firms and having created problems to tax payers as limiting their right to manage their money by holding money on electronic account of SEA, SFS created a new type of crime and then invented one more problem to tax payers that is termination of registration of tax invoices in URTI.

And as a result we have “This is the house that Jack built”.

As has been mentioned above, the problem with dummy firms has been completely solved by the tools of Tax Code and there were no necessities to make amendments into the Code and implement SEA. The problem with electronic keys frauds had been solved even easier: the order of Unified Register of Tax Invoices approved by the Resolution of Cabinet of Ministers dated by December, 29 #1246 even without further amendments handles such notions as “tax invoice”, that stipulates reference to section 201 of tax Code of Ukraine, “taxpayer”, “salesperson” – sections 180, 185, 187, 188 of Tax Code of Ukraine. New version of the Resolution of the Cabinet of Minister dated by April, 26, 2917 # says that there is a Tax Code and they started handle its provisions. Thus, clause 5 says: “Tax invoice and/or correction calculations are included into Register in case of compliance with the requirements, stipulated by clauses 192.1 section 192, clauses 200-1.3, 200-1.9 section 200-1 and clauses 201.1, 201.10 and 201.16 of section 201 of Code as well as Law of Ukraine “On electronic digital signature”, “On electronic documents and electronic document management” and Order of electronic documents management with law enforcement bodies, approved in accordance with the established procedure.

Tax invoices and/or correction calculations (including those not given to the receiver (purchaser) of goods and services, compiled in accordance with tax-free delivery transactions and delivery transactions by non-residents) regardless the amount of value added tax in one invoice/calculation correction must be registered. In fact, in order to solve the problem only one clause 201.1 of article 201 of Tax Code of Ukraine is required: “The tax payer shall provide tax invoice in electronic form and comply with all terms and conditions regarding the registration in the order established by the legislation, electronic signature of person authorized by the payer and register it in Unified Register of Tax Invoices in the period specified by Code” But to find the evident solution to this problem, it should be recalled that:

Thus, it is only enough to cancel (correct to zero figures in terms of tax load) tax invoice and inform tax authority about the fact that “fraudulent” tax invoice is invalid. As a response, SFS of Ukraine must exclude such “non-tax invoice” from URTI and responsively the index of electronic account of SEA resumes previous “pre-fraudulent” position.

Thus, the problem with frauds with electronic keys has been obviously solved by the tools of Tax Code. Unfortunately, injured taxpayers didn’t read Tax Code and chose the way pointed by tax officers: “go to the police and let them search those fraudsters”. How it would look like in practice and how the tax agency would react to the verdict if it were certainly reached  - nobody had thought and taxpayers had not said anything.

For today, all injured people have gone to the police, investigating officers have worked everything out and completely expected result – negative – has been received. However, additional obstacles have appeared on the way to solve this problem: a) injured people accepted the loss of money, tax payers won again and ensured themselves in the efficiency of manipulation of taxpayers (see the first sentence of the article); b) the period of reference to the Administrative Court, stipulated by the part 2 article 99 of Administrative Court Procedure Code has expired. Overcoming of these obstacles is the basis for problem setting. Once these issues are solved, the problem will be solved as well.

Thus, the main idea of this article lies in the following: before invention of the bicycle, one should look around: the bicycle has already been invented. Our legislation is so varied and as one of representatives of International Monetary Fund told on the Internet – “littered and sophisticated” that there are several solutions to each problem.

Taxpayers should remember that the task of taxpayers is to increase replenishments to the budget that according to them can be solved only by increase in control: “More control!” And this contradicts interests of business entities that are distracted from their business activities that brings them profit by such interaction with controlling agencies. Responsively, it decreases profits and taxes… that is – that “House that Jack built”. Herewith, controlling measures themselves do not generate particular profits to the state as according to statistics.

Therefore, the budget is replenished by such means as termination of registration of tax invoices in Unified Register of Tax Invoices – the purchaser is not able to arrange tax credit and must pay VAT sum in excess. It was common thing earlier to evaluate the clarity and accuracy of signature and impression of the seal on paper invoice, format of purchasers and salespersons’ names, their addresses and other “features” not provided by the Tax Code but “blessed” by the orders of current central tax authority, letters and clarifications.